Eskom has welcomed what it deems as a landmark judgment after the High Court affirmed the utility’s right to terminate electricity supply to defaulting, non-paying customers.

The South Gauteng High Court handed down the judgement on Tuesday.
Eskom said it was now in a position to enhance all its collective efforts from defaulting municipalities that collectively owe the utility more than R31 billion in overdue debts.

Pioneer Foods brought the case against Eskom seeking to review and set aside Eskom’s 2018 decision to interrupt electricity supply to the Walter Sisulu Municipality due to its failure to pay for electricity supplied in terms of the municipality’s agreement with Eskom.

“This is a landmark judgment affirming the validity and lawfulness of Eskom’s rights, powers and entitlement to invoke section 21(5) of the Electricity Regulation Act of 2006 to interrupt the supply of electricity to a delinquent customer, in this case, the Walter Sisulu Municipality in the Eastern Cape,” Eskom said.

The ruling also set the important legal principle that Eskom is only obliged to supply electricity to paying customers.
“The Electricity Regulation Act of 2006 entitles Eskom to interrupt electricity supply to a non-paying customer and in this matter; Eskom had taken proper preliminary steps and due process which did not entitle the applicant to the interim interdict.”

The court also held that Eskom’s interruptions of supply to the defaulting municipality were important and necessary for its survival.
“Pioneer had an available internal remedy which entailed lodging a dispute with the National Energy Regulator of South Africa (NERSA).”
The court held that before an aggrieved party approached it for relief against Eskom; it should demonstrate that it first exhausted the internal remedies contemplated by the Electricity Regulation Act by approaching NERSA.

“The relationship between Eskom and the municipality is reciprocal in that Eskom supplies bulk electricity against payment.”
Eskom has committed to ramping up its effort to collect the unpaid municipal debt to improve its own coffers. – SAnews.gov.za 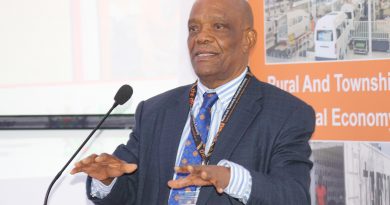