A 31-year-old imposter who claimed to be an employee the South African Social Security Agency (Sassa) was arrested for kidnapping a 4-month-old baby boy. She was arrested with a man who is believed to have been an accomplice in the kidnapping of the infant and both were found in different parts of the North West.

According to Colonel Adéle Myburgh of the North West Police, Adalia Ncebeshe was arrested in Rustenburg with the baby while the accomplice, Hendrik Kokoene, 49, was found in Ikageng, Potchefstroom. The baby was found unharmed and has been returned to his mother.

Myburgh said allegedly the 20-year-old baby’s mother was with her baby when she met Ncebeshe at a grocery store in Ventersdorp on November 3. Ncebeshe is said to have told the mother she was from Sassa and then offered to help her obtain a child support grant.

The next day, Ncebeshe allegedly went to the mother’s house to fetch her. “The mother, her baby and Ncebeshe boarded a taxi from Ventersdorp to Potchefstroom.

“When they arrived at a taxi rank in Potchefstroom, all three of them got into a red Toyota Tazz that was waiting for them and driven by the other suspect, Kokoene. “They drove around in Potchefstroom and stopped at a café, close to Potchefstroom Hospital and asked the mother if she wanted to buy something to eat.

“The mother left her baby in the vehicle and went inside the shop, when she exited the shop, the Red Toyota Tazz and the occupants, including her four-month-old baby were gone,” said Myburgh.
The mother informed the police and the matter was handed to the Potchefstroom Family Violence, Child Protection and Sexual Offences Unit.

Myburgh said that the next day, Kokoene was traced and found in Ikageng. Further investigations led them to Ncebeshe, who was found with the baby in Rustenburg. The suspects were arrested and the baby boy was handed back to his mother, unharmed.
Ncebeshe and Kokoene were arrested and charged with kidnapping. They appeared in the Potchefstroom Magistrate’s Court on Monday and their matter was postponed to next week for a bail application. 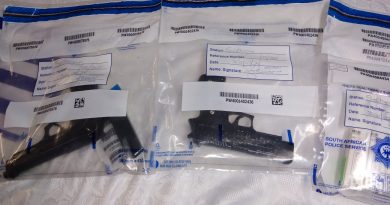 Police arrest 96 suspects in stop and search over long weekend 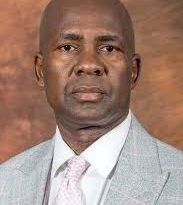