The family of the iconic jazz singer on Thursday evening confirmed that she died of stroke-related complications. “It is with great sadness that we announce the passing of Dr Sibongile Khumalo, our iconic, world-celebrated South African singer, affectionately known as Ma’Mngoma.

“She will be missed by all who had the privilege of experiencing her music, her friendship and her love. Dr Khumalo succumbed to stroke-related complications after a lengthy period of illness. The family is grateful for the support and prayers during this time,” said the statement.

President Cyril Ramaphosa said on Thursday night he was deeply saddened by the passing of the performer, and extended his condolences to the family, friends and associates of Dr Khumalo in SA and internationally.
“This is a moment of great sadness for all of us who were mesmerised and moved by the power, sensuality and improvisation of Sibongile Khumalo’s unique voice. Not only was she an unmistakable voice on concert stages around our country and the world, but she was a voice of advocacy for the performing arts, for the rights and place of women in our society, and for human rights at large.

“As a music academic, she was also a voice of instruction and inspiration to new generations of artists who had the privilege of learning from a performer who was at the pinnacle of her career. We will miss her greatly.”
The World-celebrated singer had a devoted following in SA. Before her illustrious discography and accolades, Khumalo started out as a music teacher. Her hits including ‘Mayihlome’ and ‘Thula Mama’ became household names and her songs took her to the top of the radio charts. She was also known for her award-winning opera and concert work.

She performed for distinguished audiences at events such as late president Nelson Mandela’s 75th birthday. She sang during the New Zealand and SA national anthems at the historic 1995 World Cup rugby final.
Khumalo was awarded the Order of Ikhamanga in silver by former President Thabo Mbeki for her “excellent contribution to the development of SA art and culture in the musical fields of jazz and opera.

Meanwhile, another South African celebrated musician, producer, songwriter, Jonas Gwangwa, was laid to rest today. “A giant of our revolutionary cultural movement and our democratic creative industries has been called to rest,” the statement from South African President Cyril Ramaphosa had read. . “The trombone that boomed with boldness and bravery, and equally warmed our hearts with mellow melody has lost its life force.”
Jonas Gwangwa was born in Soweto in 1937. He mastered the trombone in his youth, and in the late ’50s was a founding member of the pivotal South African group the Jazz Epistles. The ensemble also featured future legends like pianist Abdullah Ibrahim (then known as Dollar Brand), trumpeter Hugh Masekela and alto saxophonist Kippie Moeketsi. Modelled after Art Blakey and the Jazz Messengers, the band was a superb showcase for Gwangwa, whose trombone style embodied both the commanding flamboyance of Jack Teagarden and the technical precision of J.J. Johnson.

Following the Sharpeville Massacre in 1960, the apartheid regime in control of South African imposed wide-ranging oppressions that included banning jazz performances and broadcasts, which brought the promising combo to a premature end. 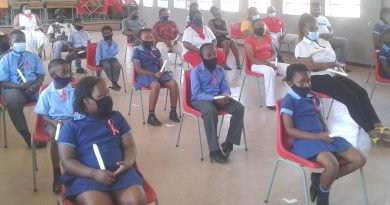 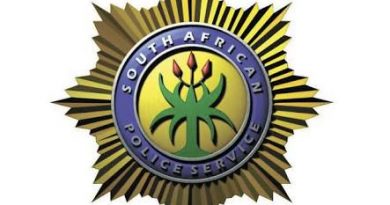 Rietgat SAPS nabbed 51 suspects in the past week