President Cyril Ramaphosa will join thousands of South African healthcare workers for the first Covid-19 jabs as the first delivery of the Johnson & Johnson vaccine has arrived in South Africa on Tuesday night.

Health Minister Zweli Mkhize confirmed that the country has procured enough doses to inoculate the majority of the population against Covid-19. The first delivery of the Johnson & Johnson COVID-19 vaccine has arrived in South Africa.

Ramaphosa said that he and Mkhize would be receiving the jabs, to dispel any fears that sceptics may have surrounding the safety of the vaccine. He has urged other leaders to do the same and get their jabs in full view of the public.
“To demonstrate our confidence in this vaccine and help allay any fears that people may have, the Minister of Health and I will join the first health care workers to receive the vaccine in Khayelitsha,” he said.

“We have called on leaders in various sectors and parts of the country to lead by example and get inoculated publicly. We will therefore witness some Premiers, MECs and leaders from civil society, religious formations and traditional leadership being vaccinated in all provinces”

The vaccine, which has been approved by the South African Health Products Authority, arrived at the O.R. Tambo International Airport in Gauteng on Tuesday night.

In a statement on Tuesday night, the Government Communication and Information System (GCIS) said the consignment would be moved to a secure facility in Gauteng before being distributed to the various vaccine centres in all provinces.
“Government remains committed to saving lives and protecting livelihoods. All citizens are reminded that adhering to health protocols together with the vaccine remains our best defence against the virus,” said the GCIS.

In his hybrid State of the Nation Address (SONA) last week, President Cyril Ramaphosa said the country has secured nine million doses of the Johnson & Johnson vaccine, of which 80 000 doses would arrive in the first batch.
About 500 000 vials of vaccines will follow in the next four weeks. This as the Johnson & Johnson shot has shown to be effective against the 501Y.V2 variant.

“Regrettably, 219 deaths have been reported: Eastern Cape 20, Free State 9, Gauteng 56, Kwa-Zulu Natal 43, Limpopo 29, Mpumalanga 10, Northern Cape 14 and Western Cape 38 which brings the total to 48 313 deaths
“We convey our condolences to the loved ones of the departed and thank the health care workers who treated the deceased patients,” Minister of Health, Dr Zweli Mkhize, said. 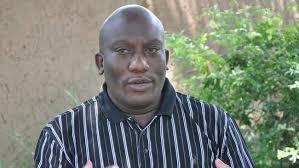 Over R2 billion housing project to be rolled out in NW 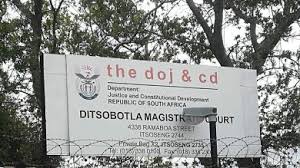