Holding double edged swords two feisty former African National Congress members took the fight to the doorsteps of Parliament in Cape Town less than a week after President Cyril Ramaphosa had delivered his State of the Nation Address.

Both Dr Makhosi Khoza and Ms Vytjie Mentor lamented Ramaphosa’s failure to deal with what they termed former President Jacob Zama’s defiance to appear before the State Capture and therefore plunging the country into a constitutional crisis.
The two women, now members of ActionSA, urged the President to put the country first and not his ruling party and the factions within the ANC.

Khoza lambasted Ramaphosa over his silence on Zuma’s ‘constitutional delinquency’. She added; “Rather than decisive leadership, instead of hearing strong words backed by tough action during the SONA, President Ramaphosa said nothing about this Constitutional crisis.

“Despite our relative seniority” said Khoza, “we were forced out of this building (referring to the Parliament) behind us and the organisation we were imprisoned for as children, because we chose country over party. I publicly declared my intention to vote for the final motion of no confidence against then President Jacob Zuma and my sister here (Mentor) spoke out about State Capture against the very same man”.

She added; “The reason why we have joined ActionSA is because we know that to fix our economy and create jobs, we must first unseat the ANC. Before we can get our police working and put criminals in jail the ANC must be out of government”.
Mentor did not mince her words when she revealed that Zuma’s refusal to adhere to the Constitutional Court and testify before the State Capture Commission was a personal matter to her.

“I was chased out of my political home and Parliament for doing what was right for our country. The great sin that I committed was calling out the former President for state capture and corruption. I do not care about the way I was treated or the victimisation I experienced.

“What I do care about, is that my speaking out played a role in Adv. Thuli Madonsela’s State of Capture Report that led to the State Capture Commission of Inquiry. It is this that’s makes me proud. There can be no pride in serving the ANC at the expense of our country”, she said.

Mentor said that above all, she wished to see all those implicated in State Capture and corruption, face their day in court. “Whether it is former President Zuma, Johannesburg Mayor Geoff Makhubo or anyone in between, there has to be real consequences’. She lamented; “I do not believe that those protected within the ANC will ever see the inside of a jail cell as long as the ANC is in charge. Despite the excellent work of the commission, somewhere in our criminal justice system these cases will stall and fall apart”.

She added; “But I want to tell you today that we can unseat the ANC. We can fix education, fight crime, create jobs and stop corruption. We can have political parties that work together in the interests of our country. For all of this to happen, there is one thing that must happen first: The ANC will be removed from power, and placed in the opposition benches”. 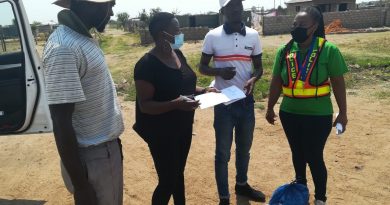 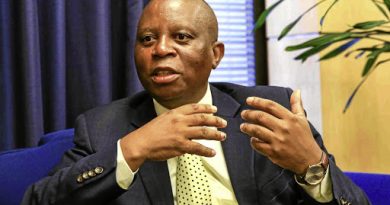 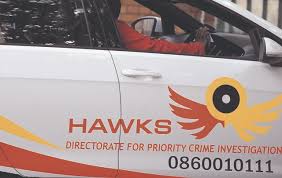 Hawks pounce on three of their own

The North West Provincial Government held its annual two-day EXCO Planning Lekgotla this week, ahead of the State of the

Rietgat SAPS nabbed 51 suspects in the past week