Soshanguve student, Akanyang Stephen Mosadi, is on the way to a brighter future after he was awarded the Jacaranda FM bursary to further his law studies at the University of South Africa.

According to a statement released by the station, Mosadi has always harboured ambitions of a career in the legal profession. He obtained a National Diploma as a Legal Assistant from Tshwane University and is currently studying a Bachelor of Law part time at the University of South Africa. Having excelled in his first year, a leading car battery company, will sponsor Mosadi’s tuition fees to register and study his second year B Law at UNISA this year

Others who were awarded bursaries are; Makaylin Pillay of Pretoria, Violet Mbongwe, Vereeniging, Romaana Sutton, 23, Turffontein-West, and hardworking and driven, Chene du Plooy, Centurion.
The station acknowledged that 2021 started off on a positive note as the car battery company stepped in to “invest in the education of some of South Africa’s future leaders. As a sponsor of Jacaranda FM’s Good Morning Angels New Year’s Edition, (the company) has provided bursaries to five lucky recipients”.

Sales and Marketing Executive, Corne Strydom, said; “It is imperative now more than ever to invest in the future of South Africa’s youth, starting with a good quality education. In our globalised and knowledge-based world, every young person should be given the opportunity to contribute to society while fulfilling their potential”.
Strydom commended the battery company “for lending a helping hand to help deserving individuals to kick-start their educational journey.” The station said Good Morning Angels has been a feature on Jacaranda FM breakfast for around sixteen years and its aim is simple: to help, inspire and make the world around us a better place.

The programme focuses on individuals in need as well as those who in their way, help others on a daily basis. The success of the programme depends on sponsors.
The 18-year-old Makaylin Pillay, has a dream “to become the best doctor the world has ever seen”. Since she was nine years old, she knew that she wanted to become a doctor and had a passion for medicine and wanted to study a MBCHB. She achieved above average marks throughout her school career and always earned her place on the top ten academic achievers of her grade. The

The battery company said it was proud to announce that from its Bursary Fund, it will sponsor Makaylin’s first year tuition fees to study medicine (MHCHB) at the University of Witwatersrand.

Romaana Sutton, 23, obtained a Diploma in Public Relations and Communications from the University of Johannesburg in 2019, with eight distinctions. As the first in her, family to obtain a matric certificate and then a university qualification, she applied to do an Advanced Communication Management Diploma.

Thrilled, the company said it would sponsor Romaana’s 2021 tuition fees, allowing her to study her Advanced Communication Management Diploma at the University of Johannesburg.
Chene du Plooy, according to the station’s statement, was raised in testing financial circumstances. She nevertheless has a burning desire to study a B. Com Financial Sciences and registered for her first year in 2021, not knowing how she would pay her tuition fees.

“Her end goal is to have the knowledge to help people to manage their money and to grow financially”, said the statement. The company is sponsoring du Plooy’s first year tuition fees, allowing her to study B. Com Financial Sciences at the University of Pretoria.
“Violet Mbongwe, is a bright, hardworking, young lady with her eyes firmly on a better future for herself and her family. No stranger to financial hardship, Violet’s dreams of the future were shaped by a traumatic childhood experience which saw a brother hospitalised for an extended period. The kindness, sympathy and compassion shown by everyone at the hospital, inspired Violet to become a nurse”, said the statement. The bursary will assist her to fulfil her dreams and start her studies at the University of Pretoria by sponsoring Violet’s first year tuition fees. 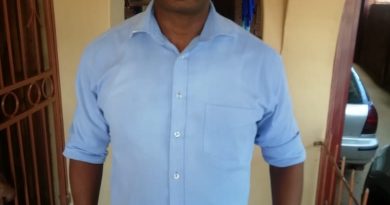 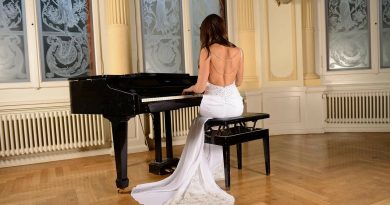 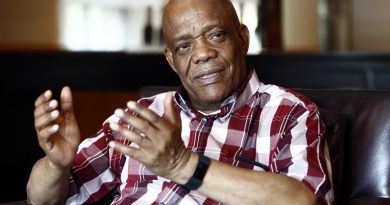