Residents on Hammanskraal and the surrounds awoke to yet another of their endless horrors when they found contaminated drinking water running in their household taps on Wednesday. A resident in disbelief said she watched in horror at “a muddy substance running from my tap”.

The woman said the contaminated water also had a stench like faeces. The problem of polluted water in the area has been going on since 2018. Residents complained that Tshwane authorities supplied their area with water that cannot be used for agricultural and human consumption.

Residents are apprehensive to use water from their taps and rely daily on water supplied by water tankers. Despite an order in 2019 by the Portfolio Committee on Human Settlements, Water and Sanitation that the City of Tshwane should address concerns in respect of water treatment at the Rooiwal plant, the municipality has failed to resolve the matter.

And the residents’ frustrations are fuelled by R2.1 billion Rooiwal waste water treatment plant project that has, so far, not yielded any positive results to improve the supply of quality water in the area. Local Government MEC, Lebogang Maile, had, at the sod turning ceremony, said the project got underway and it was anticipated to be completed in June 2022.

The Rooiwal waste water treatment plant is known for providing contaminated water to residents for years. Residents pointed out that the water treatment plant was left in a state of neglect, waste and sludge from the sewer system was poorly processed, with waste and faeces flowing into the Apies River, polluting the water and leaving a stench in the air around the Rooiwal area.
In 2019 the SA Human Rights Commission (SAHRC) put pressure on authorities to rehabilitate the Rooiwal Water Treatment Plant, warning that water coming from the facility was not as clean and should not be used for domestic purposes.

In his recent visit to the water treatment, and engagement with residents, President of ActionSA, Mr Herman Mashaba, criticised the authorities, but Tshwane Metro remained tight-lipped about the water crisis in Hammanskraal. They failed to respond to media queries.
. 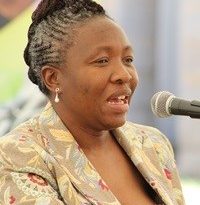