The Hammanskraal Water Crisis Panel has issued an invitation to the Mayor of Tshwane to appear before a public hearing to account for the ongoing water crisis in the area.
This follows the announcement by ActionSA last month that it will hold public hearings into the Hammanskraal water crisis and give residents and experts the opportunity to put forward their perspectives.

In a statement, ActionSA’s national spokesperson, Lerato Ngobeni, said whether the Mayor of Tshwane elects to be accountable to the residents of Hammanskraal and engage in this process is entirely up to him. “But any refusal to show would be another effort to duck the issue in a long line of mayors who have done so since 2016”, she added.
The announcement followed an inspection of the Rooiwal Water Treatment plant last month, which supplies water to the Hammanskraal residents, by leader of ActionSA, Mr Herman Mashaba and Mr Abel Tau.
The Hammanskraal water issue has been in existence for nearly two decades now and over the years, it has gotten worse with no signs of improving. Public interest in the matter peaked in 2017 after the 2016 election campaign produced many promises to the residents of Tshwane and Rooiwal but resulted in no action.
“It has been revealed to ActionSA”, said Ngobeni, “that a R290 million tender was awarded to a joint venture that includes a company owned by state capture accused Edwin Sodi, linked to the asbestos deal in the Free State.
“We are pleased to announce that the hearings will take place during the weekend of 16 – 18 April 2021 and that an independent panel has been finalized, which include a water expert, human rights lawyer, religious and community leaders”.
According to ActionSA, the Hammanskraal water crises panel will be chaired by Professor Jonas Leaka Letsoalo. Other members include, Mr Dumizulu Nkwanyane, a 30-year-old community activist who continues to actively advocate for social justice, Mr Pete Graham: water expert and owner of Singakwazi Aid, a Public Benefit Organisation, Mr Victor Wegerle: from Singakwazi Aid: Head of Operations, Kgoshi Kgomotso Cornelius Kekana: of Amandebele ba Lebelo Tribal Authority, Reverend Thembelani Jentile (Dr.): A pastor at Mamelodi Baptist Church and Dr Jentile is also a research fellow at the University of Free State in the department of religious studies.
Other panellists include representatives from the CSIR, Magalies water and Hammanskraal resident’s forum. The Invitation was also extended to the City of Tshwane municipality and the SAHRC
According to Ngobeni, ActionSA is exhilarated by the calibre of the panellist. “And confident that they will apply their minds to the issue without fear or favour. The people of these communities deserve justice for the fundamental local government failure that they have endured from a City fast becoming renown for is delinquency in fulfilling the human right to water,” she added. 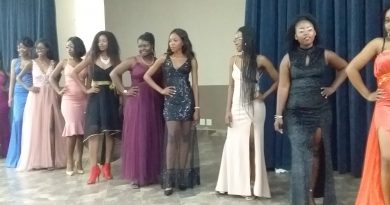 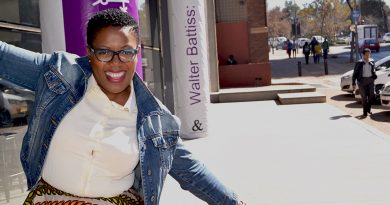 Signs of decline in Covid-19 cases – hospitals still under pressure

Dlamini-Zuma: We are ready for local government elections