The Executive Mayor of Tshwane, Randall Williams, has dug his face in the sand while residents of Hammanskraal and the surrounds continue to put their health at risk from poor quality water supplied by the metro council.
Williams is said to have declined an invitation to appear before the Hammanskraal Water Inquiry initiated by the president of ActionSA, Mr Herman Mashaba. The inquiry, to be held in Hammanskraal over two days, consists of an independent panel by Human Rights experts, water specialists and community leaders.

In a statement, ActionSA slammed Williams’ stance and said; “Williams’ refusal to appear before the inquiry is disappointing in the extreme to both the panel, and most particularly, the residents of Hammanskraal and Rooiwal farming communities”.
The Hammanskraal Water Inquiry has informed ActionSA it will issue a further letter to Williams, imploring him to fulfil his Constitutional responsibilities.
ActionSA noted that the residents of Hammanskraal and surrounding communities have suffered from a water crisis dating back to 2005. In the last 5 years these residents have had 3 Executive Mayors and a Provincial Administrator.
“Recently”, said ActionSA in a statement, “the City awarded a R295 million contract to a joint venture including a company owned by state capture implicated, Edwin Sodi. Despite this, the residents of Hammanskraal have experienced no improvements.

“Williams has tried to characterise the Inquiry as a political witch hunt, this is despite its panel consisting of non-political experts on human rights, water and sanitation, local government, and community leadership. Why is Williams scared to account on behalf of the Tshwane Municipality to the residents of Hammanskraal? Does Williams have any plans to address this water crisis which now appears to be spreading to other areas in Tshwane like Bronkhorstspruit?
Mashaba’s organisation said it was anxious if there would be a forensic investigation into the R295 million spent on, apparently, nothing, at the Rooiwal Water Treatment Plant. “Rather than being a true leader, and accounting for the municipality Williams it appears he is going to duck his responsibility to the people of Hammanskraal.
The organisation said in its discussions over the poor quality of water in the area over the weekend, it was revealed that, according to the residents, Randal Williams has not visited Hammanskraal since he became the Mayor of the City of Tshwane.
Outraged, Mashaba said; “For the Mayor’s information, I grew up in Hammanskraal and still have my closest family members still living there. If a month passes without me visiting Hammanskraal, I am either out of Gauteng or oversees. And so, slight remarks that I am out of touch with that community are totally unfounded.
“The people of Tshwane have every reason to be outraged that the Bophuthatswana government delivered better services to communities like Hammanskraal than what we see today”. 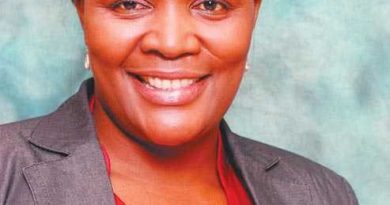 Anxiety at school: Helping your child to survive thrive