SAFA National Women’s League defending champions, Mamelodi Sundowns FC Ladies faced off against the University of the Western Cape (UWC) Ladies in the only fixture at the Lucas Moripe Stadium in Atteridgeville.

Powerhouses, Sundowns maintained their 100 percent record to the start to of the new season with a hard fought 1-0 victory against the blue and gold machine of the UWC, who were looking for their first ever victory against the Tshwane outfit, who are yet to lose a match in the Women’s League since its inception in 2019.

The win meant Sundowns are joint log leaders together with first placed Janine Van Wyk Girls Football (who have a better goal difference) as well as First Touch Academy FC all on nine points. UWC made it hard for Sundowns to play their normal attacking game as they sent a message early in the gamethat they won’t be walkovers. They defended as a unit, absorbed the pressure and created chances of their own.

After 20 minutes of play, the game started to open up with both teams playing enterprising football. Following a super save from UWC Keeper Regirl Ngobeni from Andisiwe Mqcoyi’s shot, Sundowns found the back of the net, a minute later, when Mary Ntsweng set up jersey number 11, Melinda Kgadiete in the 29th minute.

The match went to half-time 1-0 in favour of Sundowns. Second half was the same tale. With both teams coming from victories in their previous matches, this game was bound to be a tightly contested bout. The midfield from both sides was well organised, matching each other pound for pound. Sundowns were made to work hard for the three points. Both sides had their fair chances to capitalise and find the back of the net. But at the end of it all, Kgadiete’s solitary strike was enough to hand the home side their third victory.

Coach Jerry Tshabalala of Sundowns said it wasn’t an easy one. “We did well in the first half but in the second half we didn’t show up. We were creating a lot of chances but couldn’t convert them. So we’ll work on our finishing,” said Tshabalala.

“We gave them too much space to play in the 1st half. The early injury of Sduduzo Dlamini [forced off due to head injury] put us off. We are a team that like to play. We just have to be clinical in front of goal. Performance wise, I am satisfied,” said UWC Coach Thinasonke Mbuli.

Banyana Banyana Coach Desiree Ellis who was also in attendance was pleased with what she had seen. “The quality of the game was really good. Players’ are starting to set themselves up. So, as the national team, we will be monitoring them for sure,” said Ellis. 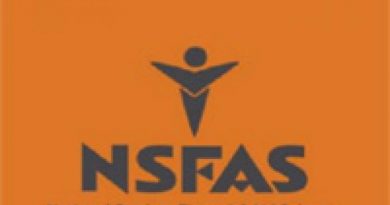 An imposter (31) and accomplice arrested for kidnapping infant 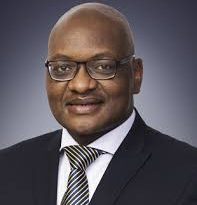