Sports Arts and Culture Minister, Nathi Mthethwa, admitted on Friday that the government has had limited impact on growing school sports, which has caused development and transformation to be undermined.
Mthethwa appeared before Cricket SA’s Social Justice and Nation Building hearings and said the government needed to do more, even though his budget for sport was not sufficient to properly implement all the initiatives to aid sports development.
“We have engaged with the Minister of Basic Education on this matter, and we seem to be agreed because we had to sit and say ‘what impact have we made as a government on school sport?’ And we had to be frank with ourselves as a government – not much. Especially when talking about public schools,” said Mthethwa.

He is the first Sports Minister to make that admission. The government has relied on statistical data got annually through the Eminent Persons Group report, to supposedly assist it in understanding where sport is being played in the country, by how many people, and with what equipment.
For most, the EPG report has been used as a political weapon by some of Mthethwa’s predecessors, with sports federations being threatened with sanctions if they did not comply with transformation targets mostly set for national teams. Meanwhile, the real development initiatives at the junior and school level received very little publicity from those Sports Ministers.

That is because, as Mthethwa explained on Friday, they involve a “multi-tiered body of role players, each with their own, designated roles.”
The EPG has to date released seven reports, which have shown that sports are only taking place in 10% of the country’s 25000 schools. That figure has not changed for three years, despite Mthethwa’s predecessors saying they would engage with their cabinet colleagues, including basic education, to work towards improving that ratio.
“The Department of Basic Education’s priorities may not be the priorities of the department of Sports Arts and Culture,” said Mthethwa.
Beyond that, sport was also not a priority for other reasons. “It is so, precisely because of the whole ecosystem; parents, the time and interest they have for sport, it is the teachers, and their interest in sport and it has to do with facilities,” Mthethwa added. 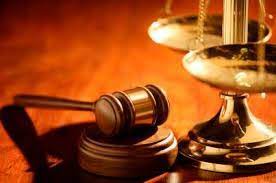