The SA Sports Confederation and Olympic Committee has been left with egg on its face even as it quickly sought to lower the volume about financial incentives for Tatjana Schoenmaker and Bianca Buitendag, who won South Africa’s only Olympic medals in Tokyo.
Having initially claimed that because the organisation faced a difficult financial situation, it wouldn’t be able to pay much in terms of incentives, on Tuesday morning, there was an attempt to finesse that message by Sascoc president, Barry Hendriks.
“We have been consistent in saying that we are in negotiations with partners over the issue of financial rewards to medallists at both the Tokyo 2020 Olympics and Paralympics,” said Hendriks. “It is true that the amounts have not been finalised given that the negotiations are ongoing. However, there has never been a point whereby a decision has been made to not offer medallists incentives’.

“We will be rewarding medallists and the amount for each medallist will be announced in due course once we have finalised negotiations with our partners,” said Hendriks. In a statement later Tuesday by the Sport, Art and Culture Ministry, it said a final announcement on incentives for South African athletes who won medals at the Olympics and Paralympics, would be made before the close of the Paralympic Games on September 5.
Hendriks claimed that the organisation didn’t want incentives to be a distraction for the athletes as they prepared for the Games. That is a very weird reason given that for the past three Summer Olympics, incentives were announced a month before the Games, and it certainly wasn’t a distraction for the Rowing quartet in London, nor Cameron van der Burgh or Chad le Clos that year or the other 10 medallists that brought home a record haul in Rio de Janeiro five years ago.

Sascoc has always made a show of handing out incentives in the weeks leading up to the Games; in 2008 a total purse of R500000 was set aside, with long jumper, Khotso Mokoena, collecting the whole amount as the only athlete to claim a medal that year.
At the London Olympics, there was a significant increase; gold medallists, took home R400 000 with their coaches pocketing R100 000, silver and bronze medals earned R200 000 and R80 000 respectively, with the coaches receiving R50 000 and R20 000, while the Paralympic athletes received R100 000 for gold, R75 000 for silver, and R40 000 for bronze. The coaches picked up R20 000, R15 000, and R10 000 respectively.
In 2016, the prizes were R500 000 for gold, silver medallists received R250 000, and bronze, R100 000 – a quarter of which went to the respective coaches of the athletes and teams involved in winning the 10 medals at those games. In addition, the then Sports Minister, Fikile Mbalula, threw in an extra R150000 for Wayde van Niekerk for also breaking the world record in his medal-winning performance in the 400m.
This year, Sascoc didn’t announce any incentive scheme. Tatiana Schoenmaker produced a series of magnificent performances; setting two Olympic records, a world record, and claiming a gold and silver medal. Had she been an American, Schoenmaker would have pocketed over R88000 for those performances – not including any bonuses she may have received for her records.
The US Olympic Committee paid bonuses of between R554000 and R221000 to its medallists in Tokyo. Several other countries didn’t feel their athletes would be distracted by bonuses and had incentive schemes for those who won medals at the Games.
As it is a ‘GoFundme’ page set up through Matchkit.co, started attempting to gather funds to pay to Schoenmaker and surfing silver medallist, Buitendag. The CEO of Matchkit, Mike Sharman, told IOL that based on incentives handed out in 2016, Schoenmaker deserved R850 000 and Buitendag R200 000. Through former Springbok wing Bryan Habana’s portal on Matchkit.co, nearly R200 000 had been donated by Tuesday afternoon. Sharman said the full amount collected would be shared between Schoenmaker and Buitendag. 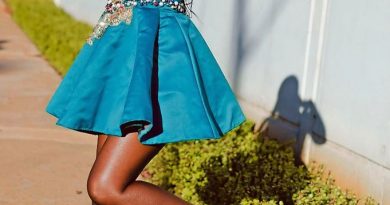 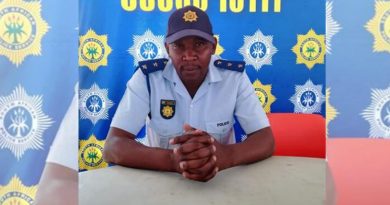