Mashaba vows ActionSA will not go to bed with ANC

The President of ActionSA, Herman Mashaba, has stuck to his gun and told the media in Pretoria that his and reiterated that his party would not, under any circumstances, form an alliance with the ANC. However, he will form partnerships with other opposition parties.
He expressed gratitude towards South African voters for showing confidence in Action SA formed just over a year. He dismissed the notion that ActionSA was a small party, “it is not a small party, but a new party”, he said.
He warned that the ANC’s dominance of the political landscape was over. ActionSA said Mashaba was not formed to be an opposition party, but was geared towards governance and unseating the ANC.

“We have reduced the ANC’s dominance of municipalities. Our aim is to unseat the ANC, we are the only party capable, and not only capable but committed to unseating the ANC. They have abused us for the past 27 years, those days are over”, said Mashaba.
He acknowledged Dr. Makhosi Khoza, the party’s mayoral candidate for the eThekwini municipality. Mashaba said Khoza did well in her campaign in a province its dynamics are also embroiled in political violence.
By 3am on Wednesday morning, Action SA had 16.6% of the votes in the City of Johannesburg, the DA had 25.5%, and the ANC had 34.7%. In Gauteng, 49.5% of the votes had been counted by 2.20 am, with the ANC leading with 37.9%, the DA with 28.8%, and the EFF with 13.1%. 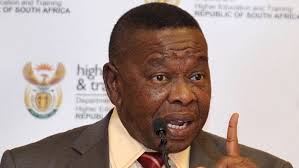 Universities to reopen between March and April 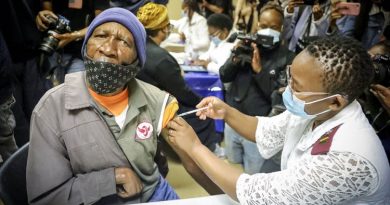