The Commission of Inquiry into Allegations of State Capture is expected to submit its final report to President Cyril Ramaphosa on 1 January 2022.
Addressing the media during a post Cabinet briefing, Minister in the Presidency, Mondli Gungubele, said Cabinet anticipates that in addition to exposing the perpetrators of corruption, the report would also provide proposals to strengthen the country’s systems to prevent corruption.
Gungubele said corruption, whether large or small, remained one of the greatest challenges facing the country and holds back economic growth and social development.
“Cabinet remains encouraged that the justice system continues to take decisive steps to bring those who were found to have been involved in acts of corruption to account.”

As part of the government’s ongoing fight against corruption, he said the Special Investigations Unit (SIU) had instituted several cases in the High Court and Special Tribunal, and the following are pending as of 31 March 2021:
56 cases in the High Court which involve contracts in the amount of R62 billion; 64 cases in the Special Tribunal which involves contracts in the amount of R6.99 billion. The amounts or values are the contractual amounts that were irregularly and unlawfully awarded by the state institutions and which form the subject of the litigation by the SIU.
In the financial year 2021/2022, the SIU has already frozen pension benefits of former civil servants, bank accounts, and assets of, individuals and businesses amounting to more than R43 billion.
The President has signed a total of 9 SIU Proclamations in the financial year under review.
Gungubele said Cabinet in its meeting reiterated that the success of the government’s fight against corruption depended on the involvement of all people in South Africa.
“If you see something, say something; report corruption by dialling the National Anti-Corruption Hotline on 0800 701 701.
“Cabinet reaffirmed its commitment protecting whistle-blowers, and applauded the bravery of honest public servants who expose fraud and corruption, at times at the risk of their livelihoods and lives,” he said. 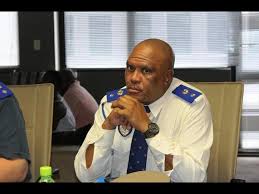 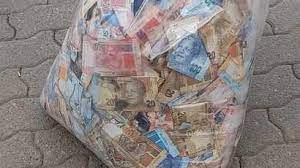