ActionSA has confirmed the appointment of Kgosi Kwena Darius Mangope as the party’s new provincial chairperson in the North West Province. He is the leader of the Bahurutshe Boo-Manyana Community.
Kgosi Mangope, son of late Bophuthatshwana leader Kgosi Lucas Manyane Mangope, is a retired Brigadier General whose military career spans 40 years. He first enlisted in the Bophuthatswana Defence Force in 1981, working his way up until achieving the rank of Colonel by 1994. After 1994, he joined the newly-established SANDF and worked his way up until he was appointed Director of Corporate Communications – a role he kept until retirement.

“I am pleased”, said ActionSA President, Herman Mashaba in a statement, “that we have been able to attract someone of the calibre of Kgosi Mangope, a man who shares our passion for human development, the restoration of South African’s glory, and pride, someone who is particularly determined to help bring about the improvement of lives of all people, focusing specific attention to those living in rural areas”.
In its statement, the party noted that the North West Province remains one of our most impoverished provinces, yet it sits atop one of the largest deposits of precious metal and mineral wealth in the world. The people of the province have been subjected to years of underdevelopment whilst government and political overlords fight daily for who gets to loot its limited resources. They have turned it into a forgotten backwater village province for their narrow enrichment.

“The appointment of Kgosi Mangope could not have come at a more opportune time, following ActionSA’s ground-breaking contribution in the removal from power of the ANC in the 6 municipalities we contested in these last elections. Shortly after one year of ActionSA’s establishment, we are now in government, with 8 Members of the Mayoral Committees in the Gauteng Metros, and Oversight Chairpersons to be elected in a few weeks.
“I am on record saying that our 2024 project is going full steam ahead and that we intend to appoint Provincial Chairpersons in the six remaining provinces by the end of March 2022. We are on track and, with this appointment now having been made, we remain with five still to be finalised”, said the statement.
The party said the importance of finalising these appointments cannot be overstated as voters across our country are desperately searching for ethical leadership. A leadership that can tackle what it termed; “our world-beating inequality, unemployment, and crime”.
The party stated that the people of the North West are no different. “But I am certain that they will now be able to look at ActionSA, under Kgosi Mangope, as the alternative that they have been waiting for. I am satisfied with his ability to help lead the restoration of that province back to its former glory.
“After years of neglect and looting, the North West has become a shadow of its former self, with much of its infrastructure has gone into a state of disrepair. Its public facilities are stuck in the 1900s, and its community development facilities such as its stadiums are being stripped in broad daylight, just like much of our rail network across the country”, said Mashaba. 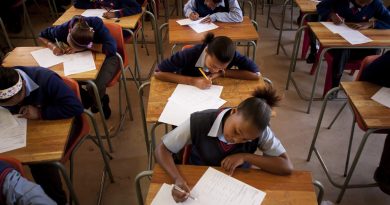 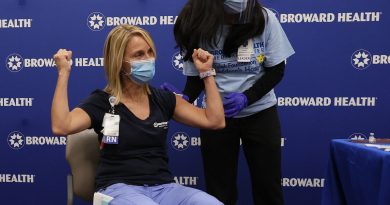 Over 15 000 healthcare workers inoculated against COVID-19