President Cyril Ramaphosa has described his Presidential Imbizo in the North West province as a success after holding a fruitful session with community members.
The President arrived at the Mmabatho Stadium in the Ngaka Modiri Molema District Municipality on Saturday where scores of residents had gathered.
He interacted with people and listened to their experiences of daily life in the province, service delivery challenges as well as their initiatives and solutions to improve socio-economic conditions.
The President was flanked by a number of his Cabinet Ministers, including Minister of Transport Fikile Mbalula, Cooperative Governance and Traditional Affairs Minister Nkosazana Dlamini Zuma, Employment and Labour Minister Thulas Nxesi, Minister in the Presidency Mondli Gungubele, Minister of Tourism Lindiwe Sisulu, Social Development Minister Lindiwe Zulu and Mineral Resources and Energy Gwede Mantashe, among others.
The President told the community members that he had heard their cries and that government will be focusing more on service delivery.
“We had a very fruitful session with the community … the residents were able to raise their concerns and complaints but they also put suggestions forward, and what we need to do better, so I found it very enriching.

“We are going to be focusing more and more on service delivery. Many of the issues that were raised were of a service delivery nature, there was so much enthusiasm that nearly all of them wanted to speak,” the President said.
President Ramaphosa said it had been great to hear people speaking openly and freely as this is what enriches democracy.
“An Imbizo gives us the opportunity and the platform as government to interact with our people and communities. And, as I said, the North West has been chosen as the first province to test drive this Imbizo process and it was very successful,” he said.
The Imbizo also provided an opportunity to inspire new thinking, different ideas, and suggestions on how to fix the challenges that exist.
“I am grateful that the Ministers were present and were able to respond to many of the issues that have been raised.”
He said the District Development Model was moving into top gear. “We are going to be utilising it more and more so that as the government we stop working in silos, we must work together in an integrated way.
“I am very pleased that most of the replies that were given here are a clear demonstration that we are now becoming more and more integrated and we are going to address the challenges that our people have faced.”
The President told the community members that government will focus more on service delivery and the Ministers would return to the area with a number of programmes focusing on what needs to be done.
“Now this is the way we are now going to move forward as government in an integrated way and a cooperative way doing things together so that they can improve the lives of our people but most importantly so that the can create jobs,” he said.
During the Imbizo, one of the residents pleaded with the President to do away with Section 100 in the North West.
In response, Minister Nkosazana Dlamini–Zuma assured communities in the North West that plans are in place to exit the Section 100. – SAnews.gov.za 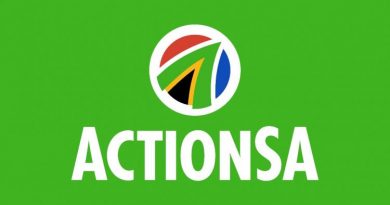