One in five South Africans will experience a depression in their lifetime–whether it be because of genetics, stress, trauma, chronic illness or other factors, few know how to recognise the symptoms and get the help they need.
Abdurahman Kenny, Mental Health Portfolio Manager for Pharma Dynamics, says untreated depression is a serious issue, which often leads to risky behaviour such as substance abuse and self-harm. “More than 75% of sufferers in low to middle-income countries go untreated. Major barriers include the stigma associated with depression, lack of resources and properly trained healthcare workers.

“People expect those with depression to just pull themselves together and get over it, but without the right treatment, which involves a combination of medication and psychotherapy, untreated depression can become debilitating.”
Because of the lack of mental health resources in South Africa, Pharma Dynamics has embarked on a campaign this Mental Illness Awareness Month to give people the tools to help identify symptoms in either themselves or their loved ones, and to take the right course of action before it’s too late.
Kenny points out that there are many types of depression. Sometimes, symptoms overlap, but there are key differences that set them apart. If you experience five or more of the following symptoms on most days, you may suffer from major depression:
• Loss of interest in activities that used to bring you joy
• Unexplained weight loss or gain
• Trouble sleeping
• Feeling intensely sad, worthless and/or guilty
• Having trouble concentrating
• Feeling restless or agitated
• Low energy levels – physically and mentally
• Contemplating suicide
This type of depression typically lasts for two years or longer and is termed a low-grade persistent depression, also called, “dysthymia” or “chronic major depression”.
Common symptoms include: • Not eating enough or overeating • Sleeping too little or too much • Lack of energy or feeling fatigued throughout the day • Low self-esteem
• Not able to concentrate and decide • Feeling of hopelessness
People with bipolar disorder experience extremes in mood, which are termed as “highs” and “lows”. No two people have the same symptoms, but there are three main types of bipolar disorder:
• Bipolar 1 often includes one or more manic episodes that last a week and, most times, require hospitalisation and may last for at least two weeks. • Bipolar 2 is characterised defined by a pattern of depressive episodes and hypomanic episodes condition (which you display a revved-up energy or activity level, mood or behaviour).
• Cyclothymic Disorder (also called Cyclothymia) – defined by periods of hypomanic symptoms, as well as periods of depressive symptoms lasting for at least two years (one year in children and adolescents).
Psychotic depression is termed as major depression with psychotic symptoms. These include hallucinations, delusions and/or paranoia.

Premenstrual dysphoric disorder (PMDD)
PMDD typically manifests itself at the start of a woman’s period. Symptoms range from feeling moody and irritable to changes in appetite or sleep.
Following childbirth, many women struggle with depression, more commonly known as “baby blues”, which could last a few weeks or months. Symptoms include excessive crying, anxiety, insomnia and mood swings.

Seasonal affective disorder (SAD)
SAD is common in winter when there’s less sunshine and improves during the warmer months of the year. Antidepressants and light therapy are effective treatments.
Situational depression
You can experience situational depression when you’re troubled by a stressful period in your life, including trauma, personal suffering, divorce, or financial loss.
TreatmTreatment-resistantssion
One-third of sufferers have treatment-resistant depression. This often occurs when you have other conditions that make depression difficult to treat. However, there are alternative therapies that can be explored.
Kenny says depression – no matter the type – can render people unable to function in their family, work and social life.
“The good news is that in most cases, depression can be successfully treated with early recognition, appropriate intervention and support. If you recognise any depressive symptoms in yourself, a loved one or a friend, however difficult it may be, seek professional help to get a proper diagnosis. A GP will be your first port of call and will be able to direct you to a specialist if needed.”
For more insights on how to manage depression, visit https://www.mydynamics.co.za/lets-talk/raise-awareness/ or contact Pharma Dynamics’ toll-free helpline on 0800 205 026, which is manned by trained counsellors who are on call from 8 am to 8 pm, seven days a week. 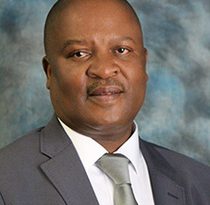 Sebegoe lashes out at opposition walk-out as political gimmicks 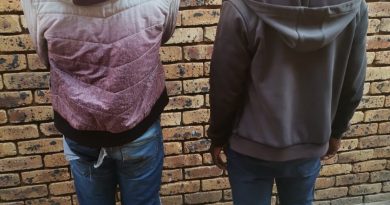